Homage is a series of photographs about interdependence and the complexity of relationships between mutually dependent life forms, such as flora and fauna, humans and the environment, all the way down to single-cell bacteria.

The work began as an investigation into human relationships ripe with loss, need, desire, grief, and memory—which found expression in organic elements such as flowers, roots, soil, rope, cardboard. I choose materials that will create metaphors for this interconnectedness and that will suggest their interdependence.

The current permutation of the work has evolved into something larger than personal interventions, probing into the reciprocal reliance of biodiversity and the fragile balance between desiring beings. In many of the photographs there is an overt anxiety about the failure of these delicate systems and the breakdown of intricate chain reactions.

The photographs are of constructed dioramas, separated into two distinct realms portraying relationships that exist both above and below the surface. The series offers the viewer different levels of interpretation by centering on the interplay between what is seen and unseen, what is made public or private, and what is unfettered and bound. In some pieces, a thin veil of cardboard or glass divides the surfaces, alluding to the fragile, temporary separation between the elements. Roots connote a source, lineage, or foundation; the strings bind the roots together restraining, bonding, anchoring, and confining growth.

Invoking growth and desolation as simultaneous forces, I construct simulated, material landscapes, photograph the ‘set’ I’ve constructed, and then destroy the simulated ‘set’ and paint over the canvas. By eradicating the dioramas, I am referencing the relationship between death and the medium of photography in general: death of a moment in time forever lost and which can never be recaptured.

Homage’s fabricated landscapes interrogate and make visual the complexity of inter-relational dependencies. Growth and life—however coerced and deceptive they may be—struggle to survive despite degradation and corruption. 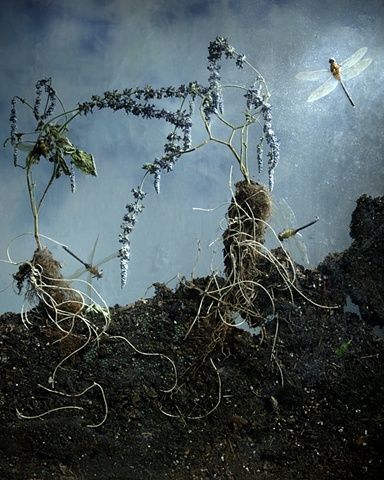 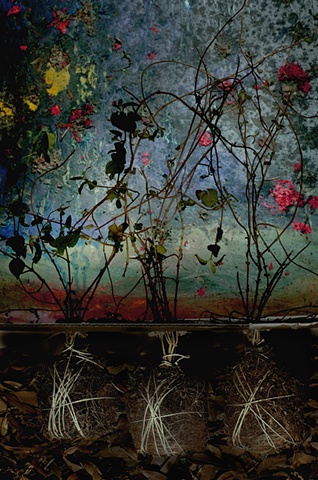 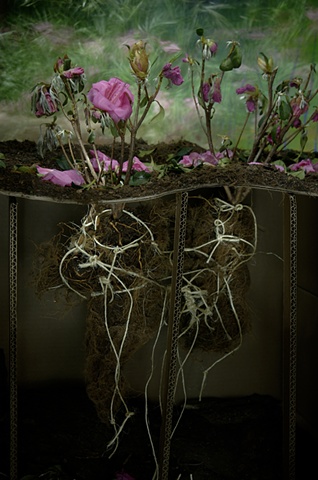 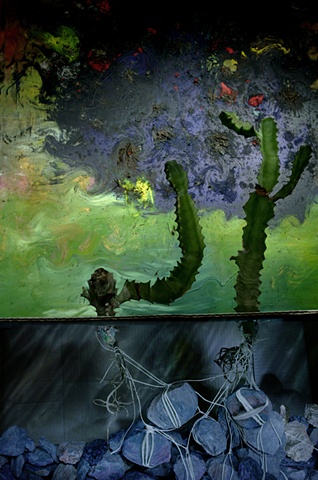 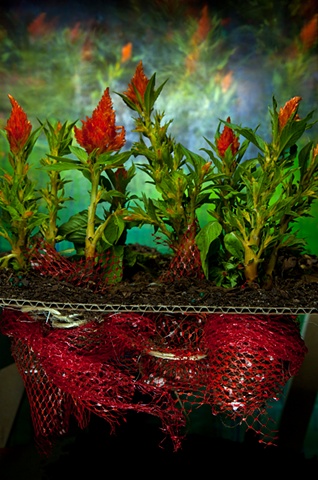 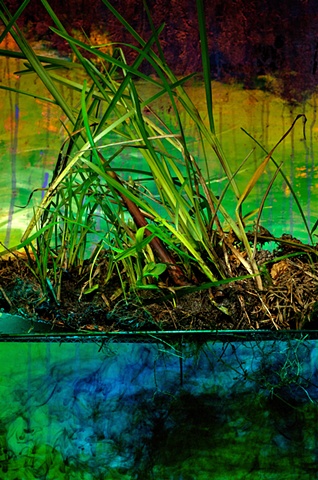 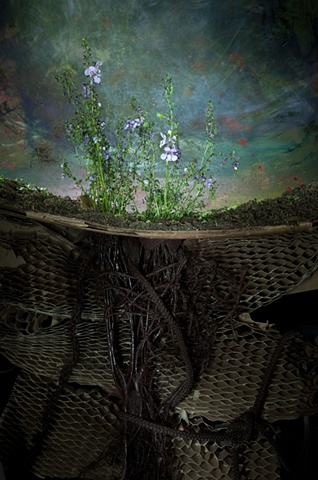 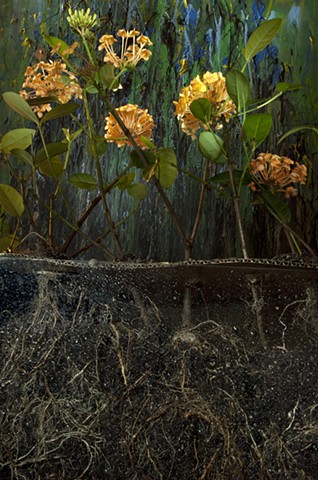 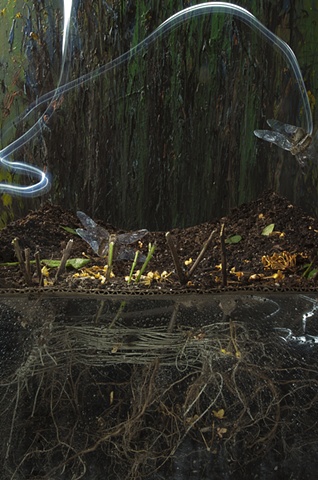 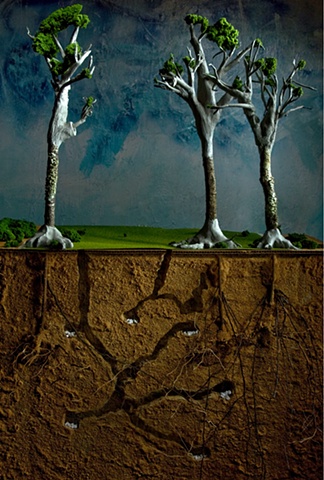 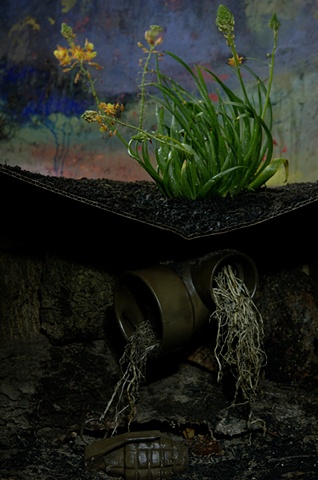 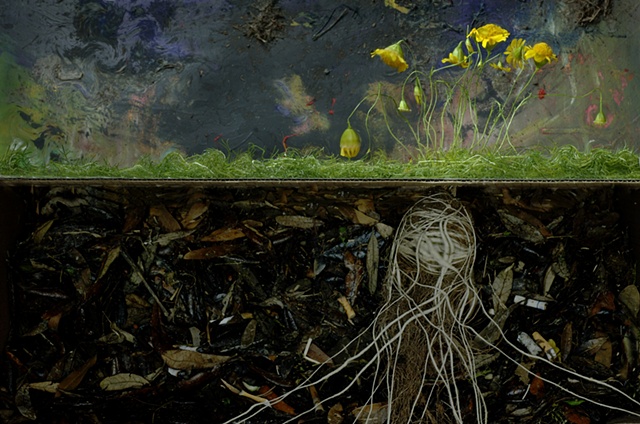 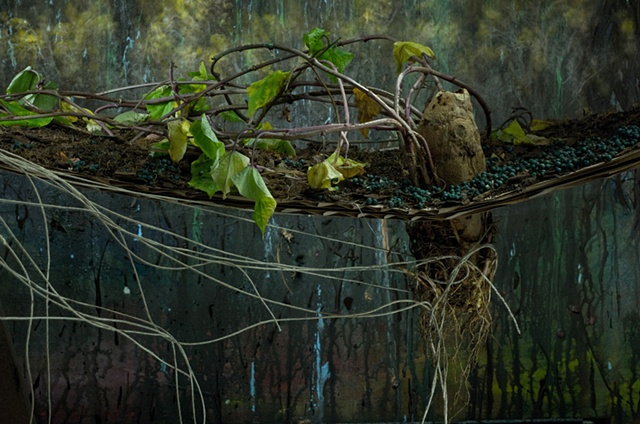 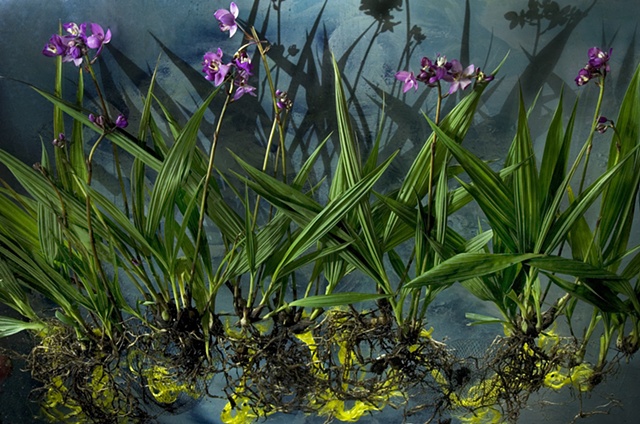 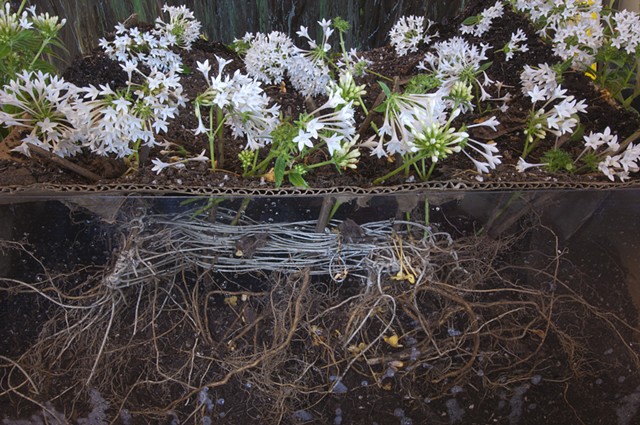 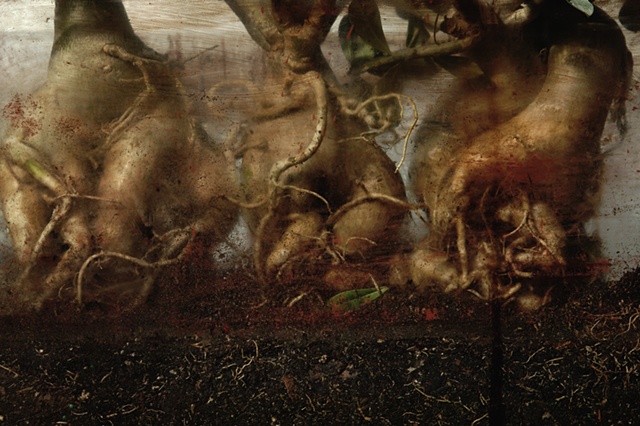 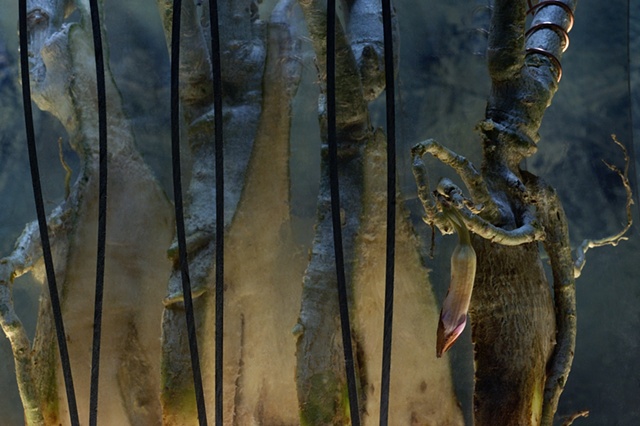 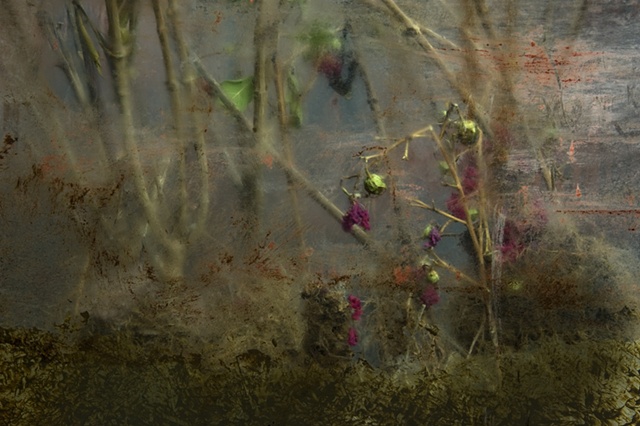 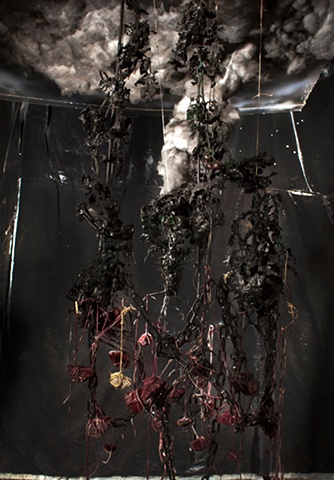 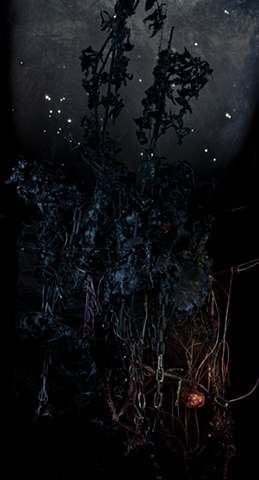 Keeping my heart locked up 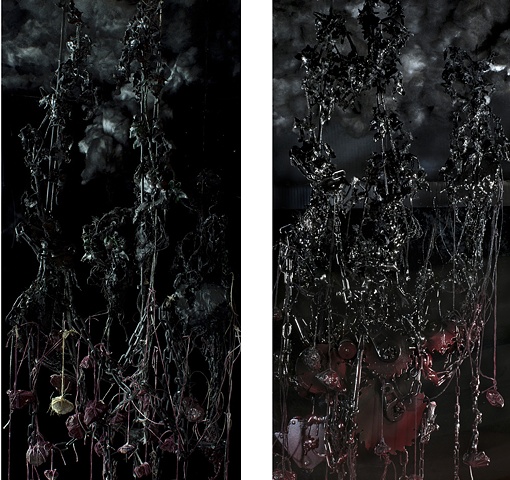 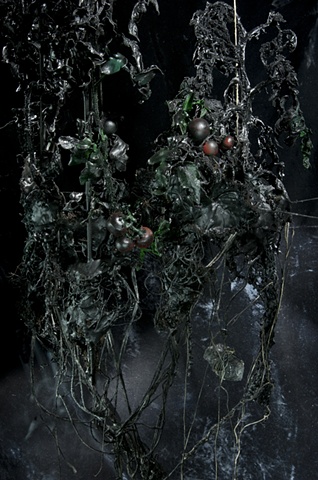 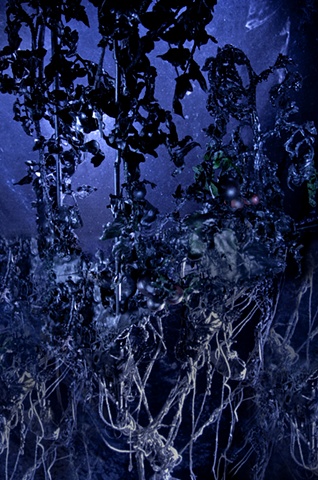